In the context of any software application, a workflow (also known as a business process) is a repeatable sequence of steps to fulfill a certain business use case. Typically, a workflow can be a long-running process (from seconds to days) and involve calls to unreliable external systems (such as the payment system) introducing a failure scenario. In the case of microservice, built as a collection of small, independent, and loosely coupled services, this failure can be very hard to handle as workflow steps can span many services.

In this article, we’ll understand how to implement resilient and fault-tolerance workflow in a microservices architecture using Temporal, a durable, reliable, scalable workflow orchestrator engine. We will understand the core concept of Temporal and see code examples of Spring Boot microservices and Temporal.

Temporal is an open-source, workflow-as-code, scalable, and distributed workflow orchestration platform. One of the main benefits of the workflow as code approach is that all dev tools like IDEs, debuggers, compilers, and unit testing frameworks work out of the box.

In Temporal, you can define workflow steps in code using constructs of language-specific client SDK. The client SDKs are available in many languages including Go, Java, Python, PHP, and TypeScript. You can check the full list of supported SDKs at Temporal SDK.

Once the client application submits the workflow execution to Temporal Server, it takes care of running workflow in a distributed manner and handles all failure scenarios such as retries, state management, deadlines, backpressure, etc. Temporal Workers execute workflow and Workflow steps (called Activities).

One important difference between Temporal and other workflow engines, such as Airflow and Netflix Conductor, is that it doesn’t need special executors; workers are part of your application code. Thus, it fits nicely with microservices applications.

If you have used Cadence earlier, you will find many similarities between Temporal and Cadence. In fact, Temporal is a fork of Cadence with some notable differences.

For developers, the internals of the Temporal Server and communication protocol are completely hidden. As a result, application developers just need to make themselves aware of the APIs of the client SDKs.

The Temporal server primarily consists of a web console, to visualize and troubleshoot workflow execution, a bunch of services written in go, and an event-sourced database.

On the client application side, the main Temporal components are – Workflow, Activities, and Workers.

In Temporal, we define workflow in code (also called Workflow Definition). Temporal Workflow is an instance of workflow definition (executed by a Worker).

Example of a Workflow defined in Java:

The above Workflow definition consists of four distinct steps (Activities).

An Activity is a function that executes a single, well-defined action (either short or long-running), such as calling another service, transcoding a media file, or transforming data. You can think of an Activity as a distinct step (business action) in a workflow execution.

In the above workflow definition, there are four different Activities – Debit Payment, Reserve Inventory, Ship Goods, and Local Activity completeOrder.

A Local Activity is an Activity that executes in the same process as the Workflow that spawns it. You should use Local Activities for very short-living tasks that do not need flow control, rate limiting, and routing capabilities.

Use Case and Code Example

The working code example of this article is listed on GitHub. To run the example, clone the repository, and import order-fulfillment-workflow as a project in your favorite IDE as a Gradle project.

In this code example, all microservices and integration with Temporal are implemented in Spring Boot and Temporal Java client SDK.

The sample use case covered in this article is order fulfillment workflow in the microservices application (as shown below).

Once we have defined the workflow interface, we can implement workflow with appropriate business action (Activities) as:

As mentioned earlier, an Activity represents a single, well-defined action. Think of an Activity as a step of the business process (as represented by the workflow).

Before using Activities in the Workflow we need to create an Activity stub by calling Workflow.newActivityStub(Class,..). For example, you can implement OrderFulfillmentWorkflowImpl with DebitcPaymentcActivity as:

In the above code,

One of the most important aspects of implementing Workflow in Temporal is ensuring it exhibits certain deterministic traits – i.e., making sure that the rerunning same Workflow produces the same result. For example, using random values, local time, etc. causes non-deterministic behavior.

Spring and Temporal: as Temporal controls the Workflow life cycle, we need to ensure that a Workflow implementation is not created as Singleton Bean and that there is no shared mutable state defined in the Workflow.

The Activities in Temporal is defined as an interface annotated with @ActivityInterface. For example, you can define DebitPaymentActivity as:

In Spring Boot, you can define Activities as any normal singleton bean along with dependency injection of other beans such as Services, and Repositories.

For example, we can implement DebitPaymentActivity as:

Where DebitPaymentActivity bean is defined as:

In Temporal, Workers are responsible for executing Workflow or Activities tasks. Workers poll Task Queue for any tasks and execute tasks once available.

You can register all Activities executed by a Worker as worker.registerActivitiesImplementations(Object..).

Similarly, you can register Workflow with the Worker as

A Worker can execute Activities or Workflow or both. Also, you can register more than one Activity or Workflow with a Worker.

As Workers are part of your application code, there is nothing special needed to create a Worker except getting WorkflowClient and registering Activities or Workflow with the Worker.

Where the target is the URL of the Temporal server. If you are running Temporal locally using docker-compose, then you can define the target as target=127.0.0.1:7233.

Unlike Workflow, a Worker can be created as a normal Spring Bean and there is no restriction about using dependency injection.

To submit workflow execution to the Temporal server, we first need to create a stub of the Workflow by calling workflowClient.newWorkflowStub(Class<T>,..) and call WorkflowClient.start(..) for asynchronous execution of the workflow.

Where WorkflowOrchestrator is called from the domain command object OrderCommandImpl.

It’s always a good idea to abstract infrastructure-specific code from core business logic by using design practices such as Hexagonal Architecture. This gives us the flexibility to change the Workflow Orchestrator, for example, Temporal with Airflow, without affecting business logic.

You can start the workflow execution by calling the REST API of the Order Service (using Curl or Postman) as:

At the time of writing this article, official support for native Temporal Spring Boot integration is in progress. But, integrating Spring Boot with Temporal is not that difficult provided we take care of certain things.

Firstly, we need to make sure that the Workflow implementation, when registered with Workers as worker.registerWorkflowImplementationTypes (Class<?>..), doesn’t contain any mutable state or Spring dependency (such as any Repository, Service, or any other object managed by spring).

Secondly, make sure to use prototype bean when Workflow is registered with the Worker using the Factory method.

The fastest (and perhaps easiest) way to install Temporal locally is by using Docker as,

Once Temporal Server is started, you can open Temporal UI by visiting http://localhost:8080/namespaces/default/workflows

Temporal UI provides some important detail about the Workflow and Activities execution.

Visualize all Workflow and its status.

Details of Activity and its input. 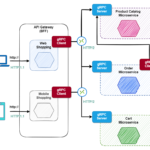 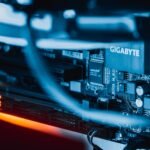 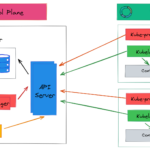 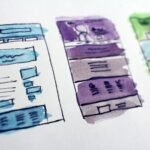